The world is my classroom. 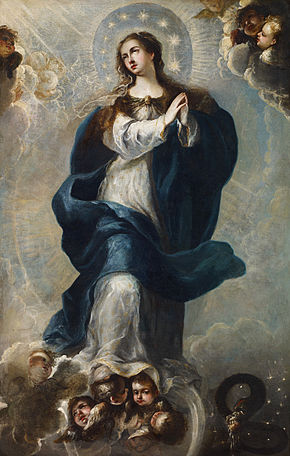 Growing up while studying in a Catholic school lets me remember this feast year after year so  don’t forget going to Mass. The whole school used to celebrate Mass in honor of the Immaculate Conception at the open quadrangle to accommodate everyone. After the Mass, there would be sky-rocket fireworks and led by a nun, we would altogether shout: Viva la Immaculada! Viva!

When December 8 falls on a Sunday, it’s celebration is moved to Monday because  the offering of the Holy Sacrifice of the Mass on a Sunday, a regular day of obligation, is given more reverence.

Many Filipino children of Catholic parents born on December 8 had been usually given the names or nicknames Connie, Mary Con, Con Con, Imac, Concepcion, Concep, and a few more that I may have missed.